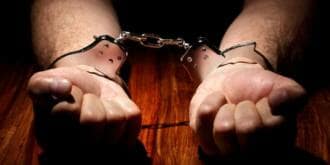 The first weekend of the film “Identity Thief” raked in millions and resulted in accolades for its stars this week, but last week’s announcement by the IRS that nabbed close to 400 criminals in more than 30 states was no laughing matter at all. And now, there have also been two more big announcements – and they both include millions of dollars stolen from bank accounts by sophisticated thieves who had sophisticated equipment to pull it off – until they were caught of course. These recent cases outline just how big the problem has become and just how far some people will go to steal millions.

In Atlanta, five identity thieves were sentenced last week for using illegal driver’s licenses to pull more than $1.5 million from bank accounts. The convictions include conspiracy, aggravated identity theft and bank fraud. One U.S. Attorney said that the defendants

…tormented dozens of innocent victims who went to the bank only to discover that their accounts had been drained and identities stolen.

imposed in this case appropriately reflect the severe damage done by identity thieves.

The Secret Service played a role in this case and according to the press release, will continue to do so in the future. Reginald G. Moore, a Special Agent at the Atlanta Field Office warned that his agency would “aggressively pursue” those who “violate the trust that the public has in our economic system”.

In a combined statement later, the FBI weighed in and said that it too was committed to eliminating not only identity theft, but credit card theft and other financial crimes. Protecting financial institutions, the presser read, from the criminal acts of identity thieves would be a joint effort with a single goal in mind.

According to court papers, Gafar O. Kosoko Balogun ran a massive identity theft scheme in the Atlanta area between February 2010 and August 2011. The ring targeted different banks, including some of the nation’s biggest such as Bank of America, Sun Trust and Wells Fargo, in a detailed manner that allowed the thieves to target consumers by visiting credit reporting sites. Access was gained by guessing answers. This case certainly highlights the importance of choosing passwords that have nothing to do with birthdays and other other numbers that thieves can seek out. Once access was gained, sometimes after even answering correctly different security questions, the thieves were then able to target other sites. From there, Balogun would then call the bank and impersonate the account holder in order to discover the account balances of the victims.

From there, runners were recruited to actually go into the banks, impersonate the victims and pull cash. Most transactions were less than $500. There were a lot of withdrawals being made to rake in the $1.5 million. More than 60 accounts were penetrated.

The sentences included six and one half years for Gafar O. Kosoko Balogun, who was also ordered to repay the $1.5 million along with Donish Adkins, who was sentenced to five years, three months in prison and Orlon Hall, who received almost 6 years in prison.

In another case, thieves were able to secretly film ATM transactions, which allowed them to steal more than $3 million from banks and customers in New York, according to a new indictment.

The New York Attorney General provided the game plan of how a group of alleged fraudsters stole information on 6,000 bank accounts using tiny cameras, skimming devices imported from Hungary and other intricate technology.

Preet Bharara’s office charged Antonio Gabor of Denmark and Simion Pintillie of Romania with bank fraud in the ATM scheme. Bharara said the two used “high tech skimming devices” at different ATMs and then used the PIN numbers picked up by the cameras, some of which were described as “pin hole video cameras” the thieves had installed earlier.

Between April and December of last year, the two incorporated skimming devices from Hungary at a number of ATMs at Capital One and other banks in the Manhattan area. Later, when the defendants removed the devices, they were able to pull the account information from nearby memory cards that had been used to record the transactions to compromise more than 6,000 bank accounts and resulting in at least $3 million in unauthorized withdrawals.

Bharara also said that traditional bank robberies were down, but they had been replaced by cyber thieves who didn’t need to use guns to hold up branches.

Together with our law enforcement partners, we remain committed to stopping these alleged high-tech bank robbers in their tracks.

It’s clear priorities have shifted – both with the IRS and its commitment to taxpayers to work with other federal agencies. The effort with the Justice Department and other federal, state and local agencies is part of a larger, comprehensive identity theft strategy the IRS has embarked on in a national spotlight. It said it the focus is on preventing, detecting and resolving identity theft cases as soon as possible.

As tax season begins this year, we want to be clear that there is a heavy price to pay for perpetrators of refund fraud and identity theft,

We have aggressively stepped up our efforts to pursue and prevent refund fraud and identity theft, and we will continue to intensely focus on this area. This is part of a much wider effort under way for the 2013 tax season to stop fraud.