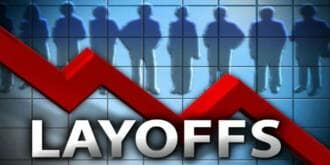 Some have wondered for quite some time how banks have managed to bypass the “layoff curse”. In an economy where every sector has seen significant losses in terms of jobs, banks have seemingly glided right past those worries with little, if any, downsizing. Now, though, that could change and if one bank is right, it’s going to be massive, swift and with no shortage of ripple effects, either.

Up until late summer, the banking industry has quietly moved through the unemployment landmine. Suddenly, news began breaking of several banks cutting back on their employment rosters. Bank of America announced recently it would be laying off a staggering 16,000 employees. Not only that, but in late September, the bank followed up with another announcement: it was fastracking those layoffs and would be completing the notifications by the end of 2012. Some say the job cuts are necessary to ensure “steady and consistent comebacks” for the industry as a whole. Others, like Meredith Whitney, are saying,

It’s as bad as I’ve seen it and it’s not a great time to be on Wall Street.

Despite the 500,000 folks who have lost their jobs in the banking sector over the past four years, it’s still considerably less than other sectors like construction. Not only that, but most sectors have cut as much as possible already and have battened down the hatches, so to speak. In the banking world, though, things are just beginning to heat up. The bigger banks are especially have tough times. Many cite the new financial laws that have essentially tied their hands when it comes to sources of revenues. On Monday, Whitney spoke with “Closing Bell” and she didn’t mince words,

The banks have been overstaffed for a really long time. If you think about all of the other industries that have gotten more competitive, more profitable, the banking sector and the insurance sector have been laggards behind it, and they employ a lot of people.

Following the mortgage disaster in 2008 that many say is the primary reason for the recession, words like “too big to fail” began emerging. Sensing a need to defend their banks, CEOs like Jamie Dimon quickly come to the defense of those big banks, often at the expense of good manners. Currently, JPMorgan Chase is the largest bank in the nation and has more than $2 trillion in assets. Even it’s not able to escape the layoff bug as it announced it would be redesigning its own employee rosters. Plus, Dimon has made a lot of enemies (and some say huge mistakes) on Wall Street; still, he comes out on the other side unscathed. At one time, Dimon was asked if he would ever leave his bank to joining forces with his former boss, Sandy Weill, to which Dimon replied,

They’d have to pry my bank way from from my cold, dead hands.

Others say problems – and big ones at that – still exist.

I don’t see anything that has dramatically changed to keep this from happening again,

said John Coffee, director of the Center on Corporate Governance at Columbia University. David Skeel, who is law professor at the University of Pennsylvania shared Coffee’s sentiments,

I’m not all that optimistic. The longer we go without firm controls in place, the more dangerous it is.

Further complicating matters are the growing disagreements that another crisis could happen. Banks have gotten bigger and they’ve accomplished this by absorbing other smaller banks. Many may recall Wells Fargo overtaking Wachovia Bank. It’s said to have its hand in one out every six mortgages in the U.S. Despite the massive layoffs coming towards Bank of America, its assets have almost doubled in the past three years.

It’s for these reasons many fear a Romney Administration. He’s historically endorsed the nation’s big banks and the financial sector often tosses money at Republican campaign efforts. This election year is proof of the power of these banks within politics, especially considering it was Obama who put the brakes to many of these so-called “too big to fail” entities. Obama also played a significant role in the Dodd Frank financial reform efforts, which limits the opportunities to turn bank fees into profits.

Meanwhile, Whitney said what’s most interesting is one bank’s decision to cut its highest paid employees. Goldman Sachs is cutting out those jobs that will cost it money in the long run in things like benefits and extended overly inflated salaries. Interestingly enough, Whitney actually supports the latest Fed promise to buy $40 billion in mortgage backed securities each month. She has also found herself defending remarks made on municipal bond defaults. In 2010, she made controversial comments when she questioned how safe they actually were.

What do you think? Are we stressing over a crisis that’s on its last leg or do you think the new year will bring with it even more disturbing financial moves?