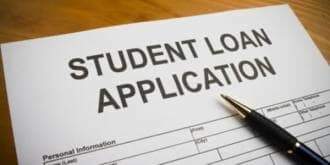 As many know, student loans – both federal and private – are not allowed in a bankruptcy filing. Because federal student loans offer alternatives, like easy renegotiating options and public loan forgiveness are available, the government felt like these financial contracts needn’t be part of allowable bankruptcy filings. Now, though, the Consumer Financial Protection Bureau says congress should revisit that rule and make private student loans dischargeable under bankruptcy.

The surprise move may or may not work and it’s not known how lawmakers see it. Will it or won’t it make these obligations eligible for bankruptcy?

Federal student loans make up the vast majority of educational borrowing; however, they’re not included in the bureau’s recommendations. This partly because no one believes those guidelines will ever change – especially considering the other options students have available if they hit upon hard times.

The agency also recommends those who are struggling to repay federal student loans should focus on other financial obligations, including credit card debt, so that they might free up more income to cover their federal loans.

Meanwhile, a new house bill has been proposed that will provide further options for students. HR 4170 has been proposed to provide more options, including student loan forgiveness, refinancing, interest rate caps, and other potential relief for borrowers. U.S. Rep. Hansen Clarke of Detroit introduced the bill earlier this year. So far, though, there’s not been much movement and it’s difficult to say how lawmakers feel.

There are certain public service employees who already take advantage of loan forgiveness courtesy of the CCRAA (College Cost Reduction and Access Act). This allows for loan forgiveness for people who work in the public sector for 10 years. Most often, teachers, police officers, nonprofit workers and others in civil service are the ones who receive student loan relief. Under this plan, borrowers must make 120 payments on time and in full, then the balance of their loans are forgiven, provided they meet all of the criteria of the program.

There’s also an income based repayment option. By using the borrower’s income, the payment amounts are re-calculated. For instance, when a student loan is taken out, many borrowers don’t have a mortgage or children. From there, and after a borrower has paid for ten years under the plan, the remaining balance is forgiven.

As mentioned, it’s not clear on whether any of these new student loan forgiveness bills will actually become law and it’s even more unclear whether or not the CFPB recommendations will allow students to include their private student loans to be included in bankruptcy filings. The CFPB, though, is adamant and frankly, it’s managed to do in one short year what lawmakers have tried to do for decades: make positive changes for the consumer, aka, the American taxpayer.

For now those looking for assistance can visit their lender’s website or the Consumer Financial Protection Bureau’s site for more information. Bottom line: help is available, regardless of what ultimately happens with these recommendations and/or bill introductions in Congress. The goal, of course, is to find a way out from under this burden. Experts also say every effort should be made in the here and now to keep with with minimum payments so that if these bills are passed, their eligibility won’t be compromised.