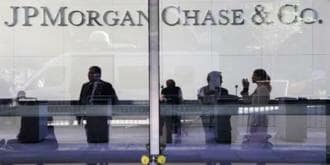 Susan Court, one time chief of enforcement for FERC, called it a “serious punishment”. She went on to say,

Clearly, they can’t profit from that business.

JPMorgan, she said, was also the “most notable company” she could think of that had been dealt such a punishment. That said, the ability to trade derivatives, futures, commodities and natural gas won’t be impacted and JPMorgan would continue in those areas.

The decision came only a few months following a massive derivatives trading scandal rocked JPMorgan and left it with some $6.2 billion in losses from bad bets on corporate debt. Jamie Dimon, the bank’s CEO spent a considerable amount of time testifying in front of Congress.

Following the ruling, JPMorgan Chase & Co did something it doesn’t often do: it apologized for providing that inaccurate information and said it wasn’t deliberate. It then asked the FERC to reconsider the suspension, and that if it didn’t, it would have no choice to sell power at “significantly lower rates” and would most likely mean an exit from the market if it didn’t. The regulators associated with the energy sector have been clashing with folks on Wall Street for quite some time and this is just the latest blow to the banking side of the economy.

So far, the penalty stands. The regulator made accusations that the bank bypassed the law when it submitted false and misleading information to both the commission and the grid operator in California. JPMorgan was accused of bidding up prices associated with electricity. When the accusations were made, JPMorgan said it was not an intentional misrepresentation,

…we respectfully submit that suspension of (J.P. Morgan Ventures Energy Corp’s) market-based rate authority is not an appropriate or proportionate response,

the bank said in a statement.

With its request for leniency, the bank also provided at least four affidavits. Two of those were from attorneys and two from bank employees. They said the affidavits prove that everyone believed the statements were accurate at the time it had submitted them. The submissions were part of an order from FERC for the bank to show cause. It allowed three weeks for providing that proof as to why it shouldn’t be held accountable for violating the Federal Power Act. One spokesperson said, after receiving the documents, that it would consider the response, but could not provide any kind of timeline for a final decision.

Meanwhile, JPMorgan isn’t commenting. It’s 69 page response is, though. Released by FERC, documents show that the bank referred to its “failures” in certain submissions.

JPMorgan isn’t the only bank in the crosshairs, though. Several more are being investigated by the federal agency for various efforts of manipulating electricity markets. Hearings have been ongoing for quite some time and before JPMorgan saw its fate, FERC also asked Deutsche Bank Energy Trading to provide its own proof and justifications as to why it shouldn’t be held responsible for also manipulating the energy markets in California. It was hit with a $1.5 million fine, unless the bank could justify why it shouldn’t have to pay the fine.

If you’re thinking this all sounds familiar, you’re right. This ruling against JP Morgan rings eerily similar to Enron and the crisis that resulted in 2001.

This is the first time I can remember, since Enron, that a major market player has had its market-based rate authority removed,

said Tyson Slocum, director of the energy program at Public Citizen, a Washington DC-based consumer advocacy group. Of course, JPMorgan will fare much better on the other side than what Enron faced.

Earlier this year, allegations that Barclays PLC also played a role in driving up prices for at least two years and since then, the federal agency won its biggest fine yet, $245 million, from Constellation Energy. Barclays has said it will “vigorously fight the FERC charges”, will not own up to that, nor pay the fine. This is almost sure to become a massive court battle that could change everything in the sector depending on the outcome.

Still, FERC’s order against JPMorgan does not find the bank actually committed fraud; still, as one insider said, “this is going to send a clear signal that lying and cheating cannot be tolerated in electricity markets”.

What are your thoughts? Was the settlement fair and was the apology too little too late?