You are at:Home»Financial News»Taxes»Love Amazon? Get Ready to Pay Sales Tax 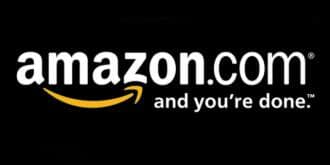 Who doesn’t love Amazon? The convenience, the ability to shop with your hair in rollers and coffee in hand – it’s a temptation millions of us give into every day. Now, though, if bypassing sales tax was one of your reasons, it may no longer be.

Amazon will begin charging sales tax in eight additional states. For two states, California and Pennsylvania, that sales tax kick in as early as September. Currently, the retail giant is collecting taxes in only six states.

California residents could see a $9.75 increase on their credit cards for a $100 purchase; that depends on where in California they live. For those on the east coast in Philadelphia, they will see an additional $8 tacked on to a $100 order.

For years, Amazon had fought states around the nation as they tried to force the company to tack on taxes. Citing losses of up to $23 billion in annual taxes, some states eventually won out and forced not only Amazon, but other online retailers, to charge their customers.

The states also had a very powerful ally in their efforts: the traditional brick and mortar retailers who were losing business because they were forced to collect sales tax when their competition managed to bypass it because of their online dynamics. The playing field was slowly beginning to level out.

Then, Amazon surprised everyone – it called in the federal government and its efforts to push through the Marketplace Fairness Act. This will allow states to collect sales tax from out-of-state businesses. Scott Stanzel, an official with Amazon said recently,

Amazon believes the sales tax issue needs to be resolved at the federal level and we’re actively working with the states, retailers and Congress to get federal legislation passed.

Amazon might be on its own with its efforts, though. Many more online retailers are vehemently opposed to the legislation, including Facebook, eBay, Expedia and a host of other recognizable names.

There’s a bigger movement within Amazon, though – and one that just might mean many new jobs. It’s moving forward with its efforts of becoming a more physical presence around the nation. It’s currently building warehouses and distribution centers so that it might offer same day delivery. This might take online shopping to a new level – and possibly our credit card balances. Most would pay a convenience fee if it meant having their groceries shipped to them the same day they ordered them. For now, Amazon declines to comment.

Even better? Amazon is using its clout to delay collecting sales taxes in states where it might be bringing jobs. In California, the state agreed to hold off on the sales tax requirement until this September. For that, Amazon agreed to create at least 10,000 full-time jobs and hire 25,000 seasonal employees by the end of 2015. Already, Amazon has committed to creating 2,500 jobs in Texas over the next four years – even as the state sent the company a bill for $269 million in uncollected taxes, interest and penalties.