You are at:Home»Financial News»Banking»New Documentary Asks if Big Banks Too Big to Prosecute 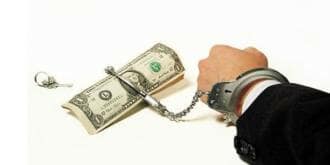 PBS Frontline’s latest episode, titled The Untouchables, has brought to the surface a long simmering controversy Wall Street wishes it would forget.

Specifically, the documentary asks tough questions about the failure of any kind of prosecutorial efforts to convict bank officials, including the CEOs of several of the nation’s biggest banks, during the 2008 financial crisis. At least two senators were asking the same questions in the piece. Senators Sherrod Brown and Chuck Grassley forwarded a letter to the Department of Justice with its own tough questions. There was one particular question that was posed – Did President Obama, through his determinations, decide that they were too big to prosecute? Meanwhile, the Justice Department, at no time, was eager to consider anything that would include criminal prosecutions. Their reason was that there was a lack of evidence. Of course, if it were a six year old kid in Wyoming who showed up at school with a water gun, apparently there’s enough evidence to charge him with a crime. Seriously, though, there are a lot of people who are beginning to ask these tough questions about the banking sector during those dark economic times.

A newer question that is being is asked is whether or not there were too many in higher positions in law enforcement making different decisions. Were there too many who were complicating matters with different justifications? Did the DOJ, FBI, FCC and other government agencies deliberately muddy the waters so to speak?

And here’s an interesting twist – years ago, when the different mob families were being prosecuted left and right for things like money laundering, tax evasion and extortion, public sentiment, strangely enough, was that perhaps the government should just leave the nice little mob guys alone. Remember the bizarre following of Sammy Gravano and John Gotti during their respective trials? The crime families in the northeast had nothing on the crimes many in the banking industry were committing. The fact is, the crime families really had no kind of currency that was of interest to anyone in politics, or at least, to the extent that high ranking bank officials do. Otherwise, why would the different agencies insist no evidence exists for those crimes committed during the early days of the financial collapse?

Let’s look at it this way – last year alone – in just 12 short months – here are a few of many under an umbrella of suspicion and that have criminal ribbons woven through them:

The LIBOR scandal continues to unfold. Moments ago, Barclays Chief Executive Officer, Antony Jenkins, announced he would waive his bonus for 2012. The reason? Barclays is emeshed in the growing rate rigging scandal associated with LIBOR. In the U.S. and UK, the bank was hit with millions of dollars in fines.

HSBC paid a record $1.9 billion to regulators in both the UK and the U.S. regulators over money laundering. The charges were that it allowed billions in Mexican drug money and Iranian terrorist money to be transferred into the U.S. financial system.

Standard Chartered paid $340 million to a New York state regulator over allegations that it worked closely with the Iranian government for more than ten years. It earned millions in fees by allowing secret transactions move through the American financial sector.

And then there was this brazen effort of removing the veil:

Goldman Sachs’ director Greg Smith resigned in 2012 from his position. He opted to do so in the very public light that the New York Times shines. The accusations were jaw dropping and included references to clients as muppets and that the tank had a “toxic and destructive culture”. He went on to say

it makes me ill how callously people talk about ripping their clients off.

In that last reference, it’s clear there’s at least one viable witness that could be subpoenaed to testify about “ripping clients off”. That is still illegal, right? What are the odds that any agency at all has contacted him for further clarification on his accusations?

There are the legitimate worries that so many public trials and convictions could result in bad policy on the international platform. Then there are worries that if criminal charges come, it could prove devastating for an already weak economy. Then again, that assumes that only the criminals are the ones who can run the sector. Last time we checked, there were thousands of incredibly brilliant financial minds who stand ready to lead the banking sector back to its ethical and respected glory.

Besides, if nothing changes, then why are we so concerned about all of these new laws? Dodd Frank was written exactly for this reason. Why bother? These illegal activities continue – even under Dodd Frank. The money launderers are moving right along, fearless in their efforts, and rich because of them.

And speaking of Dodd Frank, let’s not forget the scandalous behavior of Christopher Dodd. In June, 2008, an ethics committee began looking into allegations that Dem Senator Christopher Dodd received preferential loans by now-defunct Countrywide. Dodd was one of the leading forces in the $300 billion housing rescue efforts. Both Franklin Raines and Jim Johnson, who were former CEOs of Fannie Mae, also received those preferential loans from Countrywide. The “Friends of Angelo” list included many politicians and higher ups who were caught with their hands in the proverbial cookie jars. Johnson was even part of Obama’s election committee and was consulted for expert input for the housing crisis.

It’s little wonder, then, that so many are ready to put this behind them. The problem is no one was really held accountable. Not really. As a result, there have been few, if any, moves that would ensure these catastrophes never occur again. Meanwhile, as fines continue to be ordered by these big banks, they’re being paid happily, especially if it means no criminal repercussions are doled out.

What do you think of the lack of criminal prosecutions in this particular sector of the economy? Do you agree that not enough was done? Is it too late?