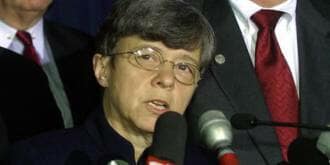 It’s been a long time in the making, but a vote from the Securities and Exchange Commission today means new rules are going to be put into place designed to flag potential fraud and identity theft. Broker dealers, mutual funds, investment advisers, and certain other entities regulated by the agency must now put into place safeguards that will help them identify attempts to steal identities.

The SEC is just one player in this fast moving game, though. The Commodity Futures Trading Commission (CFTC) partnered with the agency as part of the compliance spelled out in the Dodd-Frank Wall Street Reform and Consumer Protection Act of 2010. Will the rules go far enough, though? One thing is for sure: the repercussions are greater for those caught breaking financial laws and as any victim can tell you, picking up the pieces is overwhelming, expensive and time consuming. These new rules are welcomed.

Under these rules, certain businesses regulated by the SEC and CFTC would be required to adopt and implement programs to detect and respond to indicators of possible identity theft,

She also said that the rules were designed to be common sense responses to the ever growing cases of identity theft that both American consumers and financial companies continue to face. They apply to any American who borrows, saves or invests money.

These rules apply to credit card companies, as well. In fact, any financial firm operating in the U.S. will be required to set up their own programs designed to better protect their customers and consumers in general. The steps should provide more authority for various firms to recognize and identify attempts to steal consumers’ personal information. This is the first act under Chairman White’s authority. She was confirmed this week and sworn in on early Wednesday. Within hours, she had put these dynamics into place. The rules require companies that issue credit or debit cards to take what is being called “cautionary steps” any time they receive new applications or requests for new credit cards or debit cards, especially when a change of address is submitted for an account holder or customer. The responsibility of training staff to ensure they’re in compliance will fall on the businesses and banks themselves.

The Dodd-Frank Act directed the SEC and CFTC to issue rules governing the protection of customers’ personal information at businesses the agencies regulate. The Federal Trade Commission previously had been responsible for enforcing such safeguards at entities supervised by the agencies. The new rules include guidelines and examples of red flags to help firms administer their programs as well.

The law dictates the rules to become effective within thirty days following the publication of the Federal Register and then within six months, they should be in full effect.

Some of the logistics in the rules –

Because of the constant changes and expansion of technology, and especially electronic communications, the past decade has proven challenging for those looking to decrease the threats associated with the integrity of the financial sector as well as the privacy to consumers. This is the government’s solution to better protect Americans from risks associated with loss, theft and abuse of their personal information. One part of those efforts resulted in the amendments in the Fair Credit Reporting Act.

Congress made those changes so that other federal agencies – FTC and banking regulators – could be accountable to the specifics of the law. Initially, neither the SEC or CFTC were required to adopt any kind of identity theft prevention rules. The amendment closed that loophole and was included as part of the Dodd-Frank Act. Now, Congress has transferred identity theft rule making responsibilities and enforcement authority from the FTC to the SEC and CFTC for any of the entities they may regulate. Those final rules include:

Millions of Americans become victims of identity theft. In 2011, there were around 6 million identity theft victims. New trends suggest the numbers are growing rapidly. Worse, at least part of those statistics include identity theft from family members – in fact, the number of victims whose identities were stolen by family members 2012 is at 13%. Today, TransUnion says the number is 32%. Identity theft is the single fastest growing crime in the United States. It usually costs victims hundreds of dollars and extended periods of time to undo the damage, too.

Proof of the growing problem is evident any time you watch the evening news or read your newspaper. Last month in Houston, law enforcement raided several houses and businesses in order to break up a massive id theft ring. So big was it that many state and federal law enforcement agencies were involved. It resulted in multiple arrests credit card fraud, insurance theft and a host of other financial crimes. As a result of this raid (there are hundreds carried out around the country every single week), there were thousands of blank credit cards ready to be “pressed”, embossing machines and more than $10,000 in cash that was confiscated. Those arrested were charged with engaging in organized crime, identity theft, money laundry and credit card fraud. So serious are the charges that they given a $400,000 bond each.

As we continue to shift towards total electronically-driven financial tools, these problems can only grow. Ensuring strong laws are in place will help prosecutors present solid cases during their efforts of prosecuting those accused. Ideally, it will also serve as a deterrent for future criminals.

Do you think these new laws will help? Are things too far gone? If you’ve been the victim of identity theft or credit card theft, we’d love to hear your story. Drop us a line or share your thoughts on our Facebook page.