You are at:Home»Financial News»Banking»An Overhaul of CFPB is Bad for Americans of Color 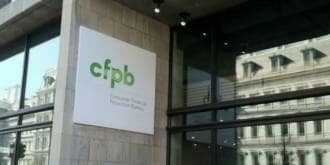 Not long after Obama-era changes in consumer financial laws kicked in, people began noticing subtle changes in their financial options, courtesy of the newly formed Consumer Financial Protection Bureau, or CFPB. Especially notable were the big changes in the way their privacy and rights were being protected. Suddenly, it seemed as though there was one government agency that put taxpayers/consumers first.

Those who ran the agency insisted on transparency and put into place a database, publicly available, for anyone to see. Anyone could make complaints against banks, credit card companies, student loan lenders and even mortgage companies. The changes that came as a result of these new laws were quick and effective. Under the Richard Cordray’s guidance of the Consumer Financial Protection Bureau, consumers finally had a voice. Though it was not often touted in the media, these financial laws, including the creation of CFPB, were bound to become some of President Obama’s most important legacies.

Those days are gone. When politics and money clash, things can become overwhelming. That is exactly what has happened this year under the new presidential administration. Last year, President Trump voiced his support for rolling back many of the consumer protections that went into place as part of the 2010 Dodd-Frank financial reform law and CFPB itself, as this agency was the one overseeing predatory lending habits, discrimination, and other acts by lenders.

Lenders were required to provide information about their applicants and statistics on approvals, denials, race and where the applicants lived. These lenders were also  required to provide information of the mortgage or other loan, such as the interest rate, the terms of a loan and other financial aspects of the contracts, assuming they were approved. This data was used to ensure fair lending practices across the board. The information was then checked by CFPB to ensure there were no violations or concerns associated with the loans.

There were some who were confident the bill wouldn’t be passed into law. They were wrong. Now, banks and other lenders that make no more than 500 mortgages each year are exempt from reporting this information. This means they won’t be required to provide any of that information. The new law protects around 85 percent of the banks, credit unions and mortgage companies from having to share their data.

Several consumer advocacy organizations have vehemently opposed these changes that define the Financial Choice Act. Among those opposed to the “harmful legislation” and “dangers policies that roll back or eliminate consumer protections” include:

And this is just the beginning. There are many changes and eliminations that further challenge people of color and their financial options.

Too Big to Fail

Consider that currently, banks in this country with more than $50 billion in assets are deemed “too big to fail”. This also means that they are under a significant microscope from a regulatory perspective. Stress tests, “what if” scenarios and others are designed to help identify potential problems before it’s too late. In other words, it serves a very important purpose. Unfortunately, lawmakers decided that bumping the threshold to $250 billion in assets would be better. This scrutiny, therefore, is no longer a concern for some of the biggest banks and financial names in the country. This affects mortgages, personal loans and of course, credit cards.

This also means that these financial institutions are free to control the capital with fewer eyes on them. Dodd-Frank, one of the biggest financial laws to pass in a generation, was created to serve as a safety mechanism. It was to ensure banks can withstand the down times without compromising capital and without turning to the taxpayer when it becomes too overwhelming. Those under Dodd-Frank’s regulations say the restrictions are unnecessary and too constrictive.

Then there are those who are already looking for ways around the proposals. Many of the advocacy groups following this new law say the bigger banks, such as JPMorgan Chase, Citigroup and Wells Fargo, have already found loopholes.

An added benefit those in the industry continue to support is finally eliminating the Volcker rule. If successful, smaller banks will be allowed to invest with their own money at will. Those who want it eliminated say it’s time consuming and unnecessary. Small financial institutions with less than $10 billion in total assets will be exempt from the rule. Paul Volcker, for whom the bill is named for, notes,

I know from my long experience in banking and savings and loan regulation that plausibly small loopholes can be ‘gamed’ and exploited with unfortunate consequences.

Another way banks win out is that they will see some of the heavier restrictions lifted that were put into place because of the 2008 mortgage meltdown. It means, as noted above, the reporting restrictions will be loosened.

Many of these laws were designed to protect consumers and too many times, those at especially difficult places were discriminated against due to their race. The laws, even if indirectly, helped to level the playing field. That is no longer the case. Yana Miles, a senior legislative counsel for the Center for Responsible Lending, notes that rolling back these laws means “a return of many of the same lending practices that caused the mortgage meltdown,” This, coupled with the removal of requirements to report specific details on applicants, leaves many vulnerable, especially those already at a disadvantage due to their income and even their current address.

The Dangers of Eliminating CFPB

The future of the Consumer Financial Protection Bureau is at the heart of it all. It’s no secret President Trump and others who support him are keen on eliminating the consumer agency in its entirety. The unfortunate reality is they might succeed. For now, the agency no longer writes its own regulatory rules and how it deals with those not in compliance with financial laws (think credit cards with double-digit interest rates). The agency has basically lost all of its independence and now finds itself under the thumb of a president and Congress whose every move seems to have ulterior motives. Remember, CFPB is the agency that has won millions of dollars from banks not in compliance with federal banking laws. That will almost certainly come to an end. The law is still in its infancy; however, based on what is already occurring, the full weight of these changes will soon be felt by many Americans.

Many lawmakers say it is time to eliminate restrictions so that the nation’s markets can move forward with fewer restrictions instead of finding ways to improve existing laws that are, for all intents and purposes, doing what they were intended. Unfortunately, their freedom to move forward just might be akin to many with no resources finding themselves stuck in place and the first casualty is CFPB.