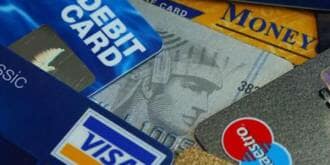 While it’s disappointing, it’s hardly surprising to learn that consumers are using their credit cards less often these days. In fact, July 2012 saw numbers that suggest new behaviors we’ve not seen in quite awhile. But the question is, why now?

Of course, there’s very little good news coming out of the financial sector and it begins to sound like a broken record: unemployment that effectively won’t budge, presidential elections that are causing more frustration for the American voter than it is inspiring hope for the future and concerns about the fiscal cliff which is sure to wreak major havoc on January 1 if Congress refuses to act in time. The fact that consumers are using their credit cards less often is a strong indication that we’re becoming more cautious and worried over the slow moving economy, high unemployment and a lack of faith in our elected officials.

Because we’re taking more definitive steps in reining in our spending, the Federal Reserve says that means debt consolidation, debt settlements and even bankruptcies aren’t being used as often. Another point could be that the surge in bankruptcy in 2008 and 2009 means fewer Americans have that option at this time, though the Fed says that’s likely not the case, or at least, it’s not the case of any significant influence.

Other statistics include total consumer borrowing has dropped by a rather high number: $3.3 billion in July alone. Total consumer borrowing rests somewhere around 2.075 trillion dollars. That said, we are borrowing more for our student and automobile loans – and that could account for the lukewarm numbers for July’s credit card spending. Still, it’s a significant number that’s surely not being made by consumers taking out auto loans and applying for student aid.

As with most things related to government statistics, the Fed also reported it’s changed June’s numbers associated with credit card usage. Here’s where things become really interesting: the Fed reports consumers were spending at levels not seen since before the recession. That’s a drastic difference between June and July. That would explain the drop in consumer debt.

Many are beginning to question how accurate, or rather, how flawed the formulas are for calculating these numbers. This isn’t the first time such a drastic difference is seen within the course of four or five weeks. It’s difficult to understand why one we’re borrowing like we’ve never been in a recession and one month later, we’re not only borrowing less, but we’re borrowing significantly less.

The Fed also reminded readers that the job market continues to be a heavy burden on the American economy. It says it’s “exerting a downward pressure on spending”. Remember, August job numbers were released last Friday and analysts had hoped to see 150,000 new jobs added during the month; instead, it was discovered only 96,000 jobs were added and it’s believed that number will come down after officials have had a chance to add all of the contributing factors into that formula. For contrast, we pulled archives from Bureau of Labor Stats:

A few other interesting facts include 2006 being the best year for employment in the past decade. Unemployment never got higher than 4.7% and in fact, hovered around 4.4% for most of the year. Still, as disheartening as the numbers are today, they are much better than what we lived with two years ago when unemployment actually reached 10%.

The Fed also makes mention of the credit crisis from four years earlier and says many consumers keep that in the back of their minds. In 2008, Americans carried $1.3 trillion in credit card debt, which was a record. By July 2012, that number is down to 850.7 billion. This equates to a 17% drop in credit card debt.

As mentioned, student loan debt is up. In fact, student loans, boat loans and auto loans is up to $1.85 trillion – which is considerably higher than the 2008 number of $1.56 trillion. Many analysts are citing high unemployment for the jump in student loans.

With the struggling economy, the Fed Chairman Ben Bernanke yesterday ordered $40 billion a month be pumped into the American economy. The goal, of course, is to encourage more spending which will further strengthen this weak economy.

The question is, how are consumers spending? And what are they doing for the holidays? It’s likely we’ll see some increase in credit card spending as it’s historically the way people cover holiday gift giving. That said, 2012 has been anything but predictable when it comes all things economy related.