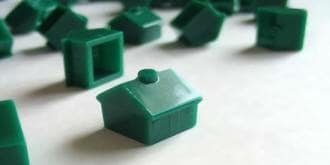 The housing market is making a comeback, which will offer up a trickle down effect on the rest of our finances – from our credit card offers to the interest we pay on a new car. Oh, wait – the housing market isn’t what it seems. Foreclosures are up in more than 30 states. What to believe?

The Truth About Housing Market

Trying to get to the truth when it comes to banking and financing is like throwing paint on a peeling house – that old paint is bound to flake through and cause even more problems. Before long, you’re so frustrated, you throw your hands up and go in search of a new house – regardless of what the housing market really looks like.

First, we got news that foreclosures are up in 32 states and analysts are saying this is bound to be a drag on the economic recovery. In fact, RealtyTrac says they’re up by more than 2 percent in one month alone. For those looking to get a good deal on one of those foreclosed homes, get ready to pay more because the prices are up nearly 4 percent.

And for those who like to read the tea leaves, some states are worried that those numbers are going up even more this year. Wondering just how high the percentages are? Nevada reports foreclosures are up by a staggering 334 percent as Maryland reports similar numbers at 319 percent. New York is at 139 percent, Washington state at 172 percent and New Jersey has seen an increase of 70 percent in its foreclosures.

Some blame new laws, including those watching Oregon’s new foreclosure laws, which are now in full drive. Mediation is now mandatory in that state, and yet foreclosures are up by more than 60 percent this year alone. In that state’s seven largest counties, foreclosures total close to 1,000.

Another interesting trend is found in the numbers between the foreclosures and actual repossessions, which are down by 25%, according to RealtyTrac. Some say this trend is likely to continue while others insist this is the calm before the storm. They say a “flare” of new foreclosures are on the horizon as the court cases and new laws kick in, which will provide a window of opportunity for those companies that have fought it out in court and won. In fact, RealtyTrac says,

Foreclosure starts have been steadily building in those states over the last several months and likely will end up as bank repossessions or short sales later this year.

Thinking a bit into the future, it’s shortsighted to not consider the long term repercussions. As more banks and credit card companies report consumer spending on the rise, these new foreclosure increases could jeopardize that growth, which could affect the economic recovery. Already some are saying too much faith is being placed in the housing market as it is – and that could be dangerous.

And what about those who insist the housing market’s climb, as evidenced by new home sales, is here to stay? How can they be so sure with the staggering triple digit increases of foreclosures in some states?

More buyers are signing contracts at numbers not seen since before the recession; this, argue experts, is proof that all is good and right in the American economy. On Thursday, the National Association of Realtors announced its index for pending home sales is up by more than 10 percent this year alone.

The housing market continues to squeak out gains from already very positive conditions,

said Lawrence Yun, the group’s chief economist. In fact, according to Yun, the last time the reading was higher was in April 2010 when home buyers were rushing to qualify for a federal tax credit.

And to throw a different take into the mix, this report is actually worse than what some were expecting. Some economists expected a near 2 percent growth from January to February. That didn’t happen, but the 10 percent increase for the year apparently isn’t as good as they’d hoped.

With this improvement in the housing market – the actual home prices are up more than 10 percent over the past year – some economist are wondering whether the incredibly low mortgage rates have actually propelled too much growth, too fast. One explanation that could explain at least part of the contradictory news is that there’s a sudden influx of properties, courtesy of the foreclosures, on the market today. Not many believe that though; they say people are selling, which is what drives the new inventory and buying fever. Those same economists insist the housing market is what will be the primary driving force this year.

That’s questionable too. As if the increase of foreclosures didn’t throw a heavy-enough wrench into the mix, the fact that home sales are down in both the west and south has many scratching their heads and wondering where these economists are finding their justifications.

Remember, one analyst says about the foreclosures,

So – who’s right and who’s wrong? The bottom line, as it’s always been, comes down to each individual consumer. Only the consumer can determine what’s best for his own financial portfolio. Is buying a new home a smart choice? And what about college graduates who are graduating this month and hoping to go into a job that will propel them forward in their own dreams of owning a home? You should know that new numbers and expectations are miles apart. Some analysts said hiring of college graduates would increase by at least 15 percent this year. Instead, it’s increased by just 1 percent.

What are your thoughts about all of the contradictory information coming from the housing market? Do you think we’re in a recovery or do the increase in foreclosures make you that much more cautious?