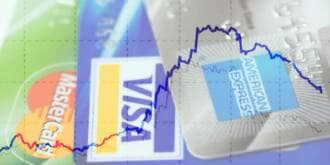 According to the newest web Weekly Credit Card Rate Report, interest rates for new credit card offers are holding strong for the second week in a row, while the national average has remained consistent for seven straight weeks.

Weekly Credit Card Rate Report was released, revealing that that the national average annual percentage rate on new credit card offers stands strong at just below 15 percent. This marks seven straight weeks at such a competitive rate, with no cards tracked through the survey showing any interest rate changes for the past two weeks.

One card that did make changes, however, is the Barclays NFL Extra Points Visa Card. Albeit this card made changes to the rewards program, but it is still an interesting thing to notice. Thus, any applicant receiving approval for a new NFL Extra Points Visa Card will be able to take advantage of zero interest for the first 12 months. The change Barclays made comes in the length of the introductory period which used to be 15 months (it is now 12).

Introductory offers like the highly sought-after zero percent promotional rate are often known as “teasers” in the industry. They are designed to attract people to applying for new cards and then rack up purchases in hopes that balances will remain once the promotional period ends. This is a very common feature and has been for some time now. Not all “teaser” rates are of the zero percent camp but competitive, low interest rates are always attractive and they often do exactly what they are designed to do: entice new customers to open accounts.

This practice is so common that nearly 80 percent of postal-based credit card offers distributed in July offered a promotional purchase rate of zero percent. This is according to Mintel Compremedia research. They also cite that 62 percent of new credit card offers sent through the mail advertise a zero percent balance transfer interest rate. Both types of offers are attractive for different reasons.

Although these numbers might seem high, particularly in a time when credit card companies are scrambling to recoup profits that might be lost from recent changes to credit card legislation, zero percent credit card offers are actually down from a year ago. Credit Suisse, a credit tracking and analysis firm, report that although zero percent teaser rates are lower than last summer, analysts still expect credit card issuers to lean largely on interest-free offers to gather new customers. Analysts Meredith Roscoe and Moshe Orenbuch, for example, noted

We expect a high level of these offers to continue as long as interest rates remain low.

Indeed, as the credit industry continues to undergo such a dramatic overhaul, low rates will likely be the thing that attracts new customers, especially those who might be shying away from traditional credit. Fortunately, the borrowing costs for U.S. banks are the lowest they have ever been and that makes it extremely easy for credit card issuers to offer such low rates and extended the promotional periods as they see fit. Until the Federal Reserve raises the federal funds rate target, which has been at a record low for the past four years, consumers can expect these trends to continue.