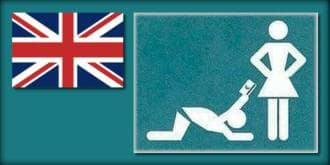 Statistics show that credit card activity is quite different between men and women. While supermarket and petrol purchases are common to both genders, it seems that men actually spend more than women. It is important, though, to note the outlets by which men and women shop.

There are many gender-biased stereotypes that, while unfair, often carry some grain of truth. However, just as there is a grain of truth in some stereotypes, there are also a few stereotypes that may not be true. Take, for example, the concept of women and money. Many people might believe that women spend more money on credit cards than men do, but recent UK research is showing that men may actually spend more than women on their credit cards. Of course, to better understand this, it is important to look at how men and women use their credit cards.

Breaking down the numbers is easy. It is also subjective. For instance, it is very easy to look at credit card bills over the course of any given year to see how much any one person – or specific population – is spending. Thus, you may be interested to learn that, in the United Kingdom:

When you looking at these United Kingdom statistics it could be easy for you to argue that men “spend” more money on “practical” things; which is slightly offset by food and beverage purchases. The fact that women may tend to purchase more in clothing and men purchase more in electronics (which are, respectively, nearly non-existent in the opposite gender’s shopping register) also seem to offset each other. Still, the facts are the facts.

What these facts mean, though, is not necessarily that one population “spends” more than the other. These statistics merely examine the practicality and frequency of use compared to the financial need. For example, men in the United Kingdom may spend more on vehicles and on bars and restaurants, but there is no indication to whether this is a family vehicle or how many people that bar tab covers. Similarly, when a woman charges the cost of a new living room or dining room set to her credit account, there is no indication as to whether or not this is for a family of four, for her and her spouse, or just for her single-room apartment. Still, in all, men appear to use credit more often than women.

What To Make Of It

While there is great disparity between the reason men and women use credit cards in the United Kingdom, the statistics show that members of each population are willing and prepared to use credit to purchase the things they need and want. According to Adam Mussert, who is a spokesman for Santander Cards,

It’s revealing that people seem to conform to gender stereotypes in their credit card usage.

He also notes, though, that regardless of what motivates consumers to charge, men and women alike should consider credit cards with a cash-back benefit option. This way, regardless of what you choose to purchase, you will be able to enjoy rebates on everything. This is particularly relevant to the fact that the leading statistics for both genders are petrol and supermarket purchases. Furthermore, there are several credit cards out there that offer cash back rewards on exactly these things!

In the United Kingdom, credit card usage is common but statistics show that, despite what many believe, men are more apt to charge than women. The same statistic, though, does support another stereotype that women charge more towards home and personal furnishings while men spend more on electronics – with the most popular activity being supermarket and petrol purchases.