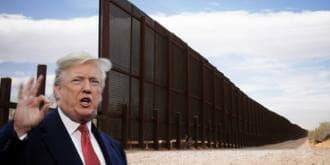 Since the start of Trump’s campaign for President of the United States, he has touted building a wall along the U.S. and Mexico border – at the expense of Mexico. No doubt, this is a monumental task, especially when Mexico is refusing to hand over the cash.

And so, Trump has turned to the American government for funding and as we can expect, he has hit a wall, so to speak, there as well. The government has denied handing over the $5 billion requested. This internal battle between the government branches has resulted in a Federal government shutdown and a Presidential declared national emergency.

Of course, Trump’s plan for Mexico to pay for the wall is to be via changes to the USMCA that would redirect any funds received by Mexico be paid directly to the wall building budget. It isn’t like they’ll hand over their American Express or a debit card.

But how the USMCA is to move those funds from their established protocol to the border wall account hasn’t been determined yet. So, will any changes to the trade deal as proposed by Trump really happen? And if it does, will it be enough to pay for the wall? Experts are telling us no, but why?

Only Property Owners Can Fund The Border Wall

If you own property along the border between the U.S. and Mexico and build your own wall or the federal government will have to purchase your land before they can build the wall. They will also need money to pay for the materials and labor needed to build the wall.

Tariffs Are Paid By Companies And Consumers 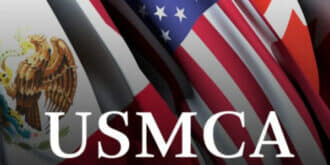 The USMCA (United States-Mexico-Canada Agreement ) replaced the NAFTA (North American Free Trade Agreement). Trump was not a fan of NAFTA and the deficit by Mexico within that agreement. It was his plan for tariffs to be imposed on any goods that were made in any foreign country, even steel, meaning that if Mexico businesses wanted to sell their product in the U.S., they would have to pay taxes on it.

As with any business, when the cost of producing, selling, and shipping a product goes up, the price of the product must be increased. Thus, businesses based in Mexico will raise their prices which in turn will cause American companies that use their products, like steel to manufacture cars, to source the materials needed from here at home.

This is a great plan that put American steelworkers back to work. Except, it cost more to produce things like steel here, thus the cost of goods increases and that in turn, hitting American’s pocketbook.

The USMCA Has Incentives to AVOID Tariffs

Trump’s trade tariffs did what he intended: It brought Canada, Mexico, and America to the negotiating table. The leaders of this country came to an agreement that resolved several trade disputes.

Parameters were established with the agreement for those 3 countries to avoid taxing the imports that came from each other. Meaning, that three-fourths of a vehicle that is manufactured in any of those countries will not apply a tariff to import it.

This did lower the cost of some products, but the U.S. government doesn’t have much incentive for collecting more taxes to go toward the wall building fund.

The Border Wall Isn’t Mentioned In the USMCA

The USMCA doesn’t establish anything about funds from Mexico being directed to the U.S. to build a wall. The USMCA requires that a document been drawn up that states Mexico make payments directly to the United States. At this time, there is no such document.

Ratification Of The USMCA Has Not Happened Yet

In addition to the points listed here, the USMCA is still in pending mode. The countries involved have come to an agreement on everything within the USMCA, but the U.S. government has not ratified the agreement, meaning, it technically doesn’t exist.

Until the House and the Senate approve what Canada, Mexico, and the U.S. agreed to, and Trump signs the act making it law, this is all talk and no show. Economists and experts aren’t expecting the Act to be signed until late this year, as such, it will be 2020 before the agreement is in effect.

While the USMCA will make it possible for the wall to be built along the Mexico and U.S. borders, that doesn’t mean that Mexico will be footing the expense. And even once the agreement is ratified and the act signed into law by the President, it will be years before the tax revenue is seen.

And so, at the end of the day, it is the American citizens and our taxes that will be paying for the wall. it. Yes, the wall that Trump has promised will be built, but Mexico won’t be footing the bills, directly or indirectly.
It Is Time For The Government To Get Creative With Funds

No American wants to pay higher taxes, that’s a given fact. Mexico has stated they aren’t going to foot the bill either, directly anyway. And having a Presidential declared emergency is going to have issues that nobody wants. But if the left and the right would come together as a country, there are other ways to get the funds for wall building.

While American taxpayer will make the “initial down payment” by way of taxes, the American government implement things like fees imposed on visa applications from southern border countries. They can impose fees on money transferred from the U.S. to those southern countries.

And when it comes to money leaving the U.S. and going to the southern countries, the Mexican economy that depends on American dollars would be affected. It could force Mexico into paying for the wall then.

Then there is the 2006 law which authorized 700 miles of a physical barrier to be constructed along the Mexican border that is still in effect. This was money that George W. Bush’s administration was given but they never completed the task.

Drug Lord El Chapo Could Pay For The Wall 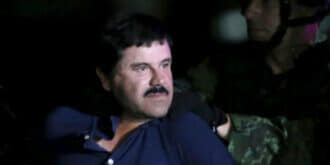 El Chapo is a well-known drug lord and has been convicted as such on a total of 10 criminal counts. There are an estimated 14 billion dollars there which give Trump a big hung of money towards building the wall. In fact, there is a law named the “El CHAPO Act”, which was introduced in 2017. The act reserves any money that forfeited to the American government from the prosecution of any drug lord, to be used for constructing the wall.

The $14 billion proceeds and profits of El Chapo’s arrest alone is ample amount, and then some, to meet the $5.7 billion that Trump has requested from Congress. So why not take the money made from evil doings to make this country safer?

While this law is considered by many to be a brilliant idea and pure genius on the part of the Ted Cruz, U.S. Senator from Texas, some experts say it is a pipe dream build from inaccurate information. It has been called “political grandstanding” that is “incredibly ludicrous”. Why?

Well, first off, a drug lord isn’t going to have his financial dealings on QuickBooks. After all, it is illegal gains, so the inside of a matchbook or the back of a napkin is more likely how they keep tabs on their expenditures and gains.

Secondly, there are great legends made up of myths when it comes to the narco-culture. Experts such as Mike Vigil, a former chief of international operations for the DEA says that the money under El Chapo’s name is most likely $1 billion and is nothing more than phantom money. 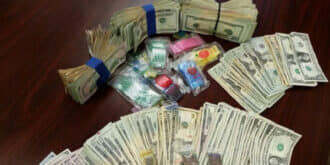 Phantom because it is dirty money that has been laundered overseas or is buried deep in a desert. It could be stuffed behind drywalls and has been used for investments made by third parties that can’t be traced. El Chapo’s money has most likely greased many palms of corruption too.

There is no bank account to be seized. And any money that was found has been confiscated by the Mexican officials, so getting them to turn over that money probably isn’t going to happen. Perhaps the American government would do better by sending American’s to the Mexican desert with a shovel and order them to start digging.

Drug trafficking money usually deposited into the Assets Forfeiture Fund, then used to pay for the expense of managing the ceased property and disposing of it as well as paying off any liens, mortgages, and other costs that are associated with forfeiture said property. This includes the expenses acquired from the investigation process and police equipment and training for duties such as busting up drug trafficking. What will happen when that budget has been slashed or even removed? The future is ours to see…