You are at:Home»Miscellaneous»Welfare Recipients Still Not Accountable for Debit Cards 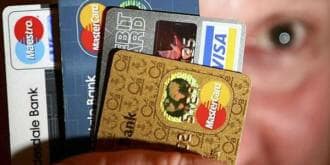 In July 2012, a state watchdog group in Tennessee delved into a very detailed investigation that included very close examinations of more than 150,000 transactions made on EBT cards in that state by welfare recipients and what was found was infuriating to many around the country. Not much has changed. That investigation revolved around what recipients of state welfare programs did with the money placed on their debit cards. The investigation was focused on the months between October and December 2011. At the time, we learned tickets to tour Graceland were purchased, cash withdrawals at various liquor stores around the state and shopping sprees to high end restaurants were also purchased. Now, a new investigation, this time in New York, is showing just how little has changed when it comes to state and federal welfare programs. And if you were furious before, prepare yourself.

Citing the Freedom of Information Act as its justification, The Post in New York gained access to a database that included more than 200 million Electronic Benefit Transfer records from January 2011 to July 2012. Those journalists uncovered welfare recipients often use their EBT cards to make many cash withdrawals at ATMs each month. Some of those ATMs are found in porn shops, SoHo lounges and other bars. Liquor stores were also common areas where recipients would find EBT-friendly ATMs. Welfare recipients also pulled cash from ATMs located in hookah parlors and strip clubs, as well. This cash – taxpayer dollars, mind you – was accessed using the state’s debit card program. As one journalist said,

…taxpayer money is being used on lap dances instead of diapers.

And now, the state’s Office of Temporary and Disability Assistance (OTDA), which oversees the “cash assistance program,” has made it even easier with its convenient list of welfare-ready ATMs, found right on its website.

What’s so remarkable is the location of one of those ATMs. Incredibly, it’s located outside an infamous “jiggle joint” that has a history of violence and death. The state placed it there even as law enforcement has worked diligently to crack down on these types of places. In 2010, there were five men stabbed and two more shot when club bouncers tried to break up a fight. In another similar club, one woman was shot and killed in 2011. The point is this doesn’t seem like it would be a “family friendly” kind of place that Mom would run into to pull school lunch money out of the ATM for the little ones.

And now, just like in Tennessee, calls for the government to do something are going unheeded by too many lawmakers, despite the embarrassing truth. It’s being referred to as “morally scandalous” by many, yet only a handful have shown any interest in reining these efforts in.

In New York, similar to the process in Tennessee and other states around the country, welfare recipients receive food stamps and cash assistance under the federal Temporary Assistance for Needy Families program, which incorporates EBT cards that double as ATM cards for pulling cash out. Cash can’t be traced. While these EBT cards can’t be used to purchase things like beer, cigarettes or lottery tickets, all the recipient needs to do is pull the cash out and then spend it in any way he or she chooses. In one specific instance, The Boiler Room, described as a gay dive bar, had $120 and $60 transactions a minute apart. The bar is within feet of a Bank of America that takes EBT cards.

If you’re wondering how much money is at stake, consider this: A single person household is eligible to a maximum $200 in monthly food stamps, along with another $158 in cash assistance. Meanwhile, a family of four could get as much as $668 in food stamps and $433 in cash. The more family members, the more money and benefits available.

Efforts in the state’s legislature have failed to find a reasonable solution, even as some lawmakers remain vehement in their efforts. New York Senator Tom Libous (R-Binghamton) passed a bill in his chamber this past June that would make it illegal for welfare withdrawals made in certain businesses such as gambling businesses, strip clubs and what he referred to as “other venues of vice”. Unfortunately, it appears he’s the only one concerned about how tax dollars are spent. He’s been unable to gain support. Few in the Democratic state simply don’t support any kind of reform out of fear it would leave too many poverty ridden families in the cold. That could soon change, though.

If you haven’t heard about the Middle Class Tax Relief and Job Creation Act, signed by President Obama one year ago, it’s likely because it didn’t get a lot of coverage. This bill requires states to prohibit sinful welfare spending by 2014. Failing to do so will result in the state losing any federal backing.

Of course, no one on the federal level, including those with the U.S. DHS is commenting. Then again, they opted not to comment last year when the results from Tennessee’s investigation were released. One spokesperson did say, however, that each state was responsible for making its own rules. In Tennessee, the state’s Department of Health and Human Services admitted last year that they could not trace where the cash goes after a recipient withdraws it. There’s no accountability for cash withdrawals. Qualification is little more than having children and reporting significant financial problems within their households. Tennessee DHS officials limit benefits to 60 months (or five years), although DHS officials can extend those time limits.

Wondering how your own state handles the debit cards and EBT cards it issues? For those interested in how these various government – both state and federal – programs work in their own states, visit watchdog.org or your state’s own government website. Rest assured, in our reviews, there’s not a state that has even a remotely acceptable process and fewer compliance regulations keep it easy for those to defraud the government of taxpayer dollars. Some states have better oversight than others, but none are ideal.