You are at:Home»Miscellaneous»Real Estate & Housing»First Quarter Foreclosure Homes Investing Up 9% 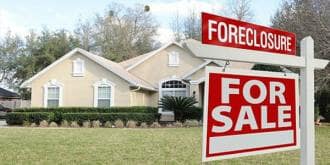 Data was released at the end of March by Realty Trac, giving its first-ever Foreclosure Inventory Analysis for the United States. Realty Trac is the leading online foreclosure homes marketplace.

Realty Trac’s vice president, Daren Blomquist, says that part of the reason why the increase has been seen is because some of the delinquent loans went into hibernation after the controversy of “robo-signing” in 2010 are now waking up due to the April 2012 national mortgage settlement. This settlement gave some closure to those affected by foreclosures by establishing acceptable foreclosure processing practices. As a result, lenders have been going back to these delinquent loans and going ahead and pushing them into foreclosure. This has been happening for approximately a year, especially in states where the foreclosure court process is very lengthy, resulting in a backlog of loans that are not performing and still in sleep mode.

The entire Reality Trac Foreclosure Inventory Analysis is 14 pages long. One of the first elements of the finding is that the annual foreclosure home inventory increase was caused by a jump in pre-foreclosure inventory that increased 59 percent. The inventory of homes scheduled to be auctioned fell 25 percent and the number of bank-owned homes saw a 3 percent fall.

Of the properties that are said to be actively going through the foreclosure process, 35 percent of them were said to be vacant or the homeowner had already moved out. The percentage of homes in foreclosure that had been vacated by the homeowners was 50 percent or above in some states, including Oregon, Washington, Indiana, and Nevada. The states with the highest number of foreclosures in the past year included California, Florida, Texas, Georgia, and Michigan. However, it was found that Hawaii, District of Columbia, Maine, North Dakota, and West Virginia had the lowest number of foreclosures.

While Freddie Mac may be implementing programs that will help at-risk homeowners keep their homes, not everyone can be helped based on their circumstances. What this does is create a number of affordable home buying opportunities for individuals looking for a home at a low price.

Freddie Mac may also increase or implement incentive programs that make owning a foreclosed home a more profitable and enjoyable endeavor. One aspect of the proposed programs is to ensure that REO properties are in good repair and to utilize realtors to sell the homes, which can result in cheap homes of a good quality. Freddie Mac is also proposing the possibility of covering repairs and closing costs, saving thousands of dollars for buyers while reducing the inventory.

What Freddie Mac currently does to try and curb inventory is give the owner-occupants of the property the opportunity to buy the property at a low cost. In other words, they give occupant buyers the opportunity to submit offers on the property. This period typically takes place soon after the listing is published as an REO property. After the period has expired, the non-resident investors may submit offers on the property. This is, perhaps, the silver lining that the housing market is looking for and other lenders may follow suit in order to shrink their inventories as quickly as possible.

They found in February that there were 54,000 completed foreclosures in the U.S., which was the lowest level since September 2007. Historically, they found the foreclosures are still elevated, which coincides with the report by Realty Trac. In the ideal market, foreclosures usually average around 21,000 monthly, which is less than half of the number of foreclosures we are seeing now on a monthly basis.

In February, CoreLogic found that there were 1/2 million homes seeing some kind of foreclosure. This is very close to the 1st quarter analysis by Realty Trac. CoreLogic stated that February made the 16th month in a row in which foreclosure inventory fell. Showing how progress is being made.

As history has shown, the drop in the number of delinquencies means a resurgence in the home-purchase market for the remainder of 2013 and into 2014. It has been a steady climb in recent years as banks within communities whittle away at their inventories to the point that the numbers are having an impact on the nationwide numbers.

There are some reports that state foreclosure inventory has decreased rather than increased. For instance, the First Look Mortgage Report says that inventory is down 19.6 percent compared to the first quarter of 2012. It states the delinquency rate fell to 6.8 percent in February alone, bringing the annual decrease to 6.5 percent.

The First Look Mortgage Report also states that there were 3.4 million mortgages that were over 30 days past due but not entered into the foreclosure process. Of the delinquent mortgages, 1.5 million of them were found to be delinquent by 90 days or more. Of the states with the highest number of delinquencies were New Jersey, Florida, Nevada, Mississippi, and New York. The states found to have the lowest number of delinquencies were Alaska, South Dakota, North Dakota, Wyoming, and Alaska.

Regardless of how many active foreclosures there are, the fact is that there are still a lot of foreclosures out there and banks are looking for ways to shrink their inventories so that they can restore a great deal of their lending power, which will have a very positive influence on the housing market so that individuals will be able to buy quality properties without being upside down on their loans.