You are at:Home»Debt Management»Women are Better with Credit than Male Counterparts 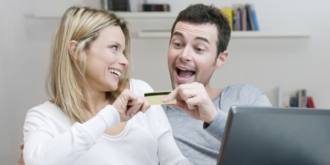 According to a new report from Experian, women are better with credit than men. Based on the latest credit trends, it appears that compared with their male counterparts, women can better navigate both their money and their personal debt.

This is the first time a study like this has been conducted and covered a number of dynamics, including credit scores, mortgages, late payments, DTI (debt to income) and debt balances as a whole. In all fairness, it should be pointed out that it was close and it could be said that women “edged” higher rather than “annihilated” the numbers. For instance, men have only 4.3 percent more debt than women, their mortgages are just 4.9 percent higher than women and the credit utilization numbers are just 2 percent higher. Still, the numbers tell the tale that women are better with credit; and in fact, it’s true in many of the test areas.

When looking closer at our data and cross-referencing it with other data sources, we see that women working full-time in the United States earn approximately 23 percent less income than men but that women are taking steps to manage their finances better than men.

She goes on to explain that most relevant factor is that men take on bigger mortgages, though they may struggle a bit more with keeping up with their payments. Indeed, some of the more glaring differences are found in the areas where mortgages are concerned. In American, 72 percent of mortgages are considered joint accounts; the remaining numbers show that men have 18.3 percent more independent mortgages with an exception for women in the DC area: they have 33 percent more loans than men.

Other significant differences are found in Connecticut, where men have a 24 percent higher probability of owning a home, but also are 13.6 percent more likely to have late payments on those mortgages. When it comes to credit card debt, men in Connecticut carry more debt and late payments than women. Women are better with credit cards and their mortgages in other states as well.

Another state with distinctive differences is found in Florida. Both men and women are more likely to struggle financially, but still, women are better with credit in general and bode well on average when it comes to money. Men have 24 percent higher mortgage balances than women, but also outpace women in late payments by nearly 18 percent. In Miami, women have a lower debt average – by nearly 7 percent – than men.

There was another study, close to a year ago, this time, though the focus was on how men and women handle their finances. For instance, women are more likely to use their credit cards. This study was based more on a psychological stance than the new Experian report. It came as little surprise then, that men are far more likely to “flex their economic power” than women, especially while they’re courting partners. They will save little and even spend far beyond their capacity in their efforts of wooing a woman.

They do this even as they know their efforts could result in dropped credit ratings.

The report also showed that men are more likely to carry car loans and mortgages while women typically carry credit cards – and they use them more often as well. Men preferring installment loans and women preferring revolving balance accounts – that’s basically the divide.

Seeing the divide between how men and women approach credit is interesting, but what’s most important is understanding the value of building a good credit history. How you manage credit and debt is critical to your financial well-being,

And what about medical care? How do men and women differ on that front, if at all? This time, we look to a 2008 report from The Guardian Life Insurance Company of America. It shows that men are more likely than women to charge the medical payments. From a “total picture” perspective, 20 percent of us will charge our bills to our credit cards. Few, if any of us – men or women – will request an interest free payment plan with the doctor or hospital.

Credit card offers are another interesting crinkle. Women are far more likely to shred card offers received in the mail while their male counterparts will just toss them (identity theft, anyone?). From a psychological aspect, men are just not quite as cautious as women with paperwork – even when it has to do with their finances. Also, the number is nearly even on men and women when it comes to exploring the credit card offer.

Wondering who asks for help more? This too is interesting. Women put off getting help, but they’re more likely to do so anyway. In other words, men not only delay these decisions, but they more often dismiss it in its entirety. Both sexes find themselves in financial trouble, though, as evidenced by the Experian report. This brings us to the “B” word: bankruptcy. When debt problems reach the point of no return, it’s more likely to be women who consider their legal options. The U.S. Department of Justice Trustees Office reports that among those who file for Chapter 7 bankruptcy, credit card debt is higher for males in debt than females by a few thousand dollars, suggesting that men file only when there’s no other choice while women recognize the inevitable sooner.

Finally, if you’re wondering who’s more in touch with their finances, it’s women. Men tend to be less aware of their account details – from their cards’ APRs to even what their payment is. Women are more detail-oriented, more likely to create a budget and certainly more likely to stick to it, especially when they’re concerned about their finances. If the woman is single, she’s even more likely to stick to her budget. Remember, all of this despite women not earning the same as what their male counterparts earn in the workplace.

Raneri sums it up this way,

Paying attention to what’s in your credit report, never missing a payment, and keeping your utilization rates low are three key steps to financial success.

Do these numbers surprise you? Are you more likely or less likely to stick to a budget? File bankruptcy? Toss or shred your credit card offers received in the mail? Share your thoughts with us – we want to hear from you.