You are at:Home»Financial News»Consumer Savings Rates Goes Down as Economy Increases 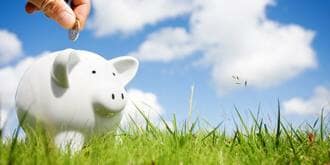 Consumer confidence in the economy has improved, but consumer savings accounts haven’t. Perhaps the increased confidence has led to more spending that takes more money out of the savings. Whatever the reason, the savings rate increased during the recession and decreased sharply when the economy started to improve.

Right now, only 25% of Americans have enough money in their savings to cover six months of expenses. Even fewer than that have savings healthy enough to sustain them for a year. Why would anyone want enough savings to support them for a year? Well, unemployment has shown us that individuals can be unemployed for a year or three, so it is important to be prepared.

The savings rate saw an increase during the recession, which is something that tends to happen. Rather than investing in remodeling the home, a new car, or even buying a new home, consumers hang on to their cash. They don’t splurge on the extras as often and they begin cutting back on such things as cell phone usage and even the cable or satellite TV.

This is something that we have seen happen in waves over the past 50 years. In all, we have seen eight recessions since 1960 and each one of them show a spike in savings because people save out of fear of losing their jobs and they sock away as much money as possible to survive the recessionary period.

The last recession showed the largest spike in individual saving in U.S. history. Compared to the November 1973 to March 1975 recession, personal savings rates increased to around 15% of individual income. While the spike during the last recession was the largest seen, it didn’t exceed 7.8% of individual income. However, that was from less than 2.5% being saved. In November 1973, people had already been saving around 10% of their income, increasing that to the 15% toward the end of the economic woes. After the economy exited the recession, that percentage went back down to around 10 percent.

The lowest personal savings rate came in the early 2000s when it was less than 2%. It was also during that time that consumer debt levels peaked and the savings rate went into the negative. This meant that U.S. households consumed more than they were making in after-tax income.

Afraid of what the financial crisis would bring, Americans began saving more of their money in 2008. In many ways, this was a typical and natural reaction: Jobs were being lost by the tens of thousands each month and investor portfolios were being obliterated by the impact. People simply started battening down the hatches by storing away their cash for a rainy day.

Things remained iffy for a couple of years and then the economy started to improve. As it improved, consumers began dipping into their savings before the crisis was completely over. They were making up for the things they couldn’t do during the recession, such as going ahead and paying for that home improvement project they put off or buying the new car they needed long ago. This has resulted in a sharp dip in savings rates.

What some do not realize is that when individuals save a higher percentage of their money during a recession, the effects can be unfortunate. The desire of people to purchase more dwindles and that slows economic growth, stalling the recession and making it last longer. This inevitably results in an income decrease, resulting in a decrease in savings although the percentage being saved may not change much.

There are some economists that dispute this theory despite the trends. They state that there are other forces at work, as savings rates are not the only factor that determines the functionality of the business cycle. What they cannot deny is that recessions and expansions have a significant influence on the behavior of the economy. Other key factors influencing the economy include inflation, taxes, interest rates, and income expectations. These are factors that impact individuals’ savings rates as well, showing that everything goes hand-in-hand.

Here is an example of this:

Currently, the low interest rate set by the Fed makes saving a less attractive option. Why not go ahead and invest that money in a high risk investment or buy that big screen TV? That is the mentality of some because they do not realize the point in saving money if it is going to make hardly any interest at all. While the interest rate is rather low, this type of logic is flawed because even saving money and stashing it under the mattress is going to create some kind of cushion in the case of an economic downfall. In turn, higher interest rates lead to more people saving their money.

As long as the Fed keeps it low, people will spend or invest rather than save and that automatically injects money into the economy. The Fed fears that the moment they increase the interest rate, individuals will start to save again and that will cause the economy to stall while it is still on the upswing. This doesn’t mean you still shouldn’t stash some cash in your sock drawer or a fireproof safe in the meantime. There will be a time when it is safe for that rate to go back up.

Here is another kicker: Economies need savings to achieve growth. Without savings, there becomes a growing dependence on the foreign investment. The United States is currently looking at the political consequences of a structural current account deficit and a debt level that is rather large.

This means that the resurgence of people saving their money played a positive role in the recession, while it also contained some negative factors. How was it positive? It was positive in that saving money results in lower levels of negative real savings. In other words, the number of individuals spending more than they make reduces greatly and this has a positive economic impact. The more people spending in excess of what they make is dangerous for an economy and is one of the contributing triggers of recessions.

The primary question in the grand scheme of things, however, is whether or not we have learned our lesson and will continue to save? If consumers continue to save, they will prevent themselves from going into the negative. While the savings rate for individuals was not as high during this last recession, the difference this time is that the country’s debt levels are maxed out, so there is not much support for the same type of spending that occurred before the last financial crisis. This is forcing individuals to adjust their spending habits, which will hopefully bring the savings trend to a point where it is a sign of past financial trouble and of fundamental change in the American Attitude toward saving.

And there is one last consideration when it comes to savings: Those who had instant capital to invest with during the financial crisis were those who saw handsome gains and came out on top in the end. They didn’t need to invest their money in high risk investments. Instead, they invested responsibly due to having the flexibility to pounce on the opportunities that were opened up during the recession.