You are at:Home»Debt Management»2% Payroll Tax Increase Underlines Importance of Getting Out of Debt ASAP 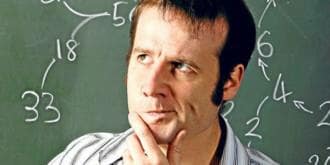 America citizens rode the fiscal cliff train (with Congress as conductor) all the way to the edge of the cliff. Technically we were a day over the cliff with just our noses sticking out, but that day was a holiday that bought Congress time to put together a deal to delay having to make any serious fiscal cliff decisions.

Phew! At least a deal was put together that will allow the IRS to (eventually) send out tax refunds, but even that process has been delayed because the Internal Revenue Service has to push out the rules to all of the CPAs and tax software companies. The earliest estimate of being able to file your return and get a timely refund is the beginning of February.

Unfortunately you take the good with the bad, and there was certainly some bad with the last second fiscal cliff deal. The bad? Taxes.

There were several tax changes made with the fiscal cliff deal that will hit all kinds of citizens: working poor, middle class, and upper class. Everyone lost a little bit on the tax side, but the largest change comes from a 2% payroll tax “increase” effective January 1, 2013.

What is the 2% Payroll Tax “Increase”?

You might be thinking “Why does he keep putting ‘increase’ in quotation marks?”

Long story short: the 2% increase in payroll Social Security tax isn’t really an increase. It is the removal of a discounted rate from the past two years.

Long story long: when the Great Recession kicked in and the stock market was tanking, the housing market was in shambles, and unemployment was rampant the Obama administration cut the Social Security tax temporarily by… you guessed it, 2%. That temporary cut was for tax years 2011 and 2012, and it truly was designed to be temporary.

Now that the economy looks to be recovering it made sense to let the tax cut expire which allowed the Social Security tax to technically “increase” back to 6.2%.

The Irony of Complaining About the 2% Social Security Tax “Increase”

Of course any time you take more money out of the paychecks of hard working Americans than you did the year before, you’re going to hear complaints. However, in this specific instance and this specific tax issue, those complaints are off base. It is like a grocery store letting you use coupons on a product each week, and then one week they let you know they can no longer afford to accept coupons. You’ve been getting a deal; complaining about it after the fact seems wrong.

Historically speaking the Social Security tax rate has been at 6.2% since 1990. This is a normal tax rate that you should be accustomed to paying; the only problem is there was a 2 year gap that allows us to forget what it felt like to be taxed normally.

If you started working at age 18, anyone born in 1972 or later has worked under a 6.2% Social Security tax rate save for the discounted years of 2011 and 2012. Be thankful we all got a little bit extra in our paychecks those years, and move on.

A Timely Reminder to Get Out of Debt ASAP

The complaints about the tax increase that get published in the media primarily resonate around people who are now going to go bankrupt, be ruined, or have to eat rice and beans because that 2% is gone from their checks.

That is unfortunate and sad, but let’s do some math first.

I don’t want anyone taking $20 or $40 out of my wallet each week either, but these aren’t amounts that should send us straight into financial ruin, are they?

The reality is a majority of Americans live paycheck to paycheck. If you are in this bucket then you don’t need to worry about a 2% increase in Social Security tax. You need to be worried about the next appliance breaking down or the next layoff at work. The 2% doesn’t help, but you are already in a precarious position.

Even if you aren’t living paycheck to paycheck, losing that extra income hurts. It hurts even worse when you have a pile of debt to deal with, so let’s start paying it off.

How to React to the 2% Tax Increase

You can complain, moan to your friends, and write to your Congressional representative… but I recommend taking action instead. It will actually get you a tangible result instead of just making you feel better.

There has never been a better time to get motivated to pay off debt. You’re worried about the 2% extra cut the government gets? How about the extra 15% to 22% your credit card company is getting from your right now. You don’t seem to be writing them any hateful letters.

It is so easy to get into debt; then the interest rate makes getting out so much more difficult. Cut your spending and throw the extra at your balances until they are paid off. You will soon forget the 2% the government gets if you can get the interest and principal payments you have been sending to the credit card companies back.

Can’t afford to miss that extra 2%? Do you think you could earn it back through a side job? For the family making $50,000 that means doing something, anything, that earns an extra $20 to $25 per week in income. Mow a yard, walk the neighbor’s dog, something to earn a little extra cash. I think you’ll soon learn that $20 per week isn’t really all that hard to manage.

Set Aside More Money in Your 401k

An easy way to offset the extra 2% the government gets that also helps build up your retirement is to increase your 401k or Traditional IRA contributions by the 2% you are missing. Since these retirement contributions are pre-tax you will lower your income by 2% before paying tax on it. Plus you will be contributing more mone to your retirement accounts: a silver lining to the gray cloud of tax increases.

Kevin holds an MBA and has been sharing tips on avoiding debt and earning more income for more than four years on top personal finance websites. He's a big believer in spending less than you earn and tracking your finances through budgeting.