You are at:Home»Debt Management»Investments»Bond Investors to See Tough Times Ahead 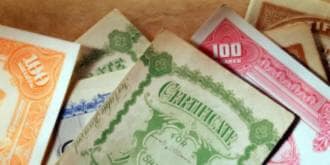 Some experts say that bond investors are seeing the end of an era. Others say that bond investors just need to hang in there as they sweat out the most challenging bond climate they have seen in years. This environment has been so challenging that managers managed to squeeze in first quarter gains, but they did so by dabbling in risky corporate debt and avoiding government bonds.

What this spells out for bond investors is a tougher road ahead. Some of this has to do with a Fed that is staying put, resulting in low yields. There is also a bit more risk taking in the corporate area, with some of the lower credits performing better than usual. Even that is something that investors need to be cautious about. While it is possible to get yield from credit plays in 2013 like in the past, it is all about the duration and getting it right. As of now, the most successful bond investors are leaning toward durations that are medium to short.

So what does this mean for the bond investor?

It means it may be time to take cover, have some flexibility, and rework expectations. Analysts have said that they are confident that the next decade isn’t going to be what the last decade was, which was a time when the bond market would see 5% returns practically every year. The reason why the experts are so confident about this possible result is because the yields are so low that it is mathematically impossible for the same returns to be seen.

When looking at the numbers, first quarter results are believed to be a snapshot of what the new bond era is going to look like. High-yield corporate bond funds had a strong fixed-income performance by being up nearly 3%, according to Morningstar. The multi-sector corporate bond funds saw an addition of 1.4%, while bank loans saw a gain of 2.2%.

When taking all asset classes into consideration, stocks outperformed them all. The S&P 500 saw a 10.6% gain, which included dividends that were reinvested within the first 13 weeks of the year. This is also the best quarterly performance within that 12 month period and was triggered when the unemployment rate fell to 7.7%. Large-cap blend stock funds also increased 10.4% in the first quarter, according to Morningstar. This performance has had bond investors reconsidering their investments and rearranging portfolios so that they are more balanced and more profitable.

This brings up the point that it is very important to diversify portfolios because there was a 2.4% loss seen in long-dated government bonds, so those investors lost. Anyone who didn’t have other profitable investments in their portfolio experienced lesser gains. Short-dated government bonds didn’t change. Even treasury funds slipped slightly, as did emerging-market bond funds. As far as which bonds to watch in the yield hunt of 2013, emerging-market bond funds come out as the winner because their decline has been seen as a buying opportunity.

The road ahead entails more detailed work so that the right bond decisions can be made. It is imperative to make the right decisions because there is an interest-rate risk and a credit risk. Credit risk has taken the front seat during the credit crisis, but now that concern is morphing into concern about interest-rate risk because rates are so low and they are spread narrowly, which means there is no pay for the added risk. This is an economic environment that many bond investors are not experienced with.

In fact, the current situation is one that is considered to be rather fascinating and odd at the same time. The oddity lies in the fact that the corporate sector is getting so healthy that it is healthier than the economy. However, the economy is moving forward faster than the labor markets. Right now, the Fed is focusing on improving the unemployment rate, suggesting that the economy should strengthen as more people go back to work.

While these developments would seem to do well for corporate bonds, higher rates are cause for concern about the capabilities of corporations to borrow money.

So what does this say about economic clarity? Well, clarity is something that should not be expected in the very near future. The Fed is pushing for a 6.5% unemployment rate and it seems that it is not going to happen any sooner than 2015.

Because there may be a couple more years of ups and downs, economists now suggested that the economy as a whole, including investors, should take a path similar to the one seen in the mid-2000s because there were some positive economic trends, including healthier trends in the bond market. The mid-2000s made for a good bond climate because of higher-yielding asset classes. These classes included emerging-market equities and debt and structured products. If this path is followed, it is believed that the yield will steepen by the end of the year. The key is in finding the right balance between income generation without finding a good reason to compromise liquidity and quality. Compromising liquidity and quality is simply too risky at this point in time.

Because stocks are so volatile, many investors have favored bonds and bond mutual funds due to their increased security. As evidenced above in this article, this could be a mistake.

Using history as a guide and weighing the current state of the stock market and interest rates, the evidence is there that stocks may have a better chance at beating inflation in the long-term. This has led to a consensus among investment experts that U.S. stocks will outperform long-term corporate and U.S. government bonds over the next two to three decades. Stocks are also expected to resume their role as the investment that is a safer hedge against inflation.

However, it should be kept in mind that even at current prices, there are some large-cap stocks that shouldn’t be expected to deliver amazing annual average gains. In other words, don’t expect to receive the gains that investors saw from 1980 to 1999. Still, stocks, especially the dividend payers, are looking much better than bonds. They are even more attractive if resurgent inflation would occur down the road, which is an event that can chip away at fixed-income returns. So what this means is that it is not time to hit home runs. Instead, it is a time to try and stay ahead of inflation. Once that has been achieved, bonds can become an attractive investment option once again. In the meantime, bond investors should watch their investments closely and consider diversifying their portfolios to cushion against any losses.