You are at:Home»Miscellaneous»Small Business»This Is the Year of the 1099-K 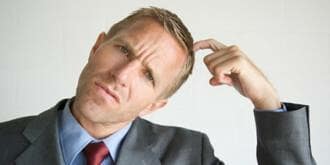 Last year they were introduced, but this year the IRS is serious about the new 1099-K forms. What do you need to know about reporting your business income and, more importantly, how much of it is PayPal reporting for you?

The first, most fundamental question you should be asking yourself is this: What the heck are you talking about and does it apply to me?

Here’s the scoop: In 2011, the IRS started a new tax reporting requirement for credit card processors and third-party network payment companies like PayPal, Google Checkout and Amazon. These companies were required last year to produce a 1099-K for any merchants who use their systems. The 1099-K reports the gross receipts merchants earned through the respective payment processor. Last year was the trial run for everyone – the payment processors, the merchants and the IRS alike.

The new form was delivered to merchants, but the IRS was a bit behind the curve last year, unfortunately, and neglected to make it clear where to actually enter the earnings reported on the 1099-K that was sent out. In fact, you didn’t have to report that particular form at all so long as your profits were still handled correctly on your tax form. It was most certainly a year in transition.

This year, however, the IRS is planning to have a clear spot for merchants to enter that data and then they will be required to input the numbers on the form in their very own special boxes. The purpose of this particular form is to close a big loophole for businesses working online. If your income is reported to the IRS via PayPal – make no mistake that the IRS will be looking for it on your form as well.

Not everyone is going to be affected by these new forms, however. Small businesses who earned less than $20,000 with fewer than 200 transactions will not have to worry about the 1099-K. It will be the responsibility of those individuals to continue to report their earnings in the traditional way.

So it’s getting serious with the 1099-K this year, but that doesn’t mean it’s going to go smoothly. Quite the opposite is true, in fact.

The biggest problem that many business owners are anticipating with the 1099-K in 2013 is that income from 2013 is going to be reported multiple times. Let’s say you work with a company as an independent contractor. You get paid through PayPal. Since you do more than $600 worth of business with the company, it sends you a 1099 at the end of the year to show your independent contractor earnings. That is what companies are typically responsible for doing.

Now, PayPal will be sending you a 1099-K to show those same earnings passing through their system. Your income was just reported to the government twice. So far there is not much faith in the government to distinguish between the two form for accounting purposes. After all, the IRS likes money – it wants you to earn twice as much.

To further complicate things, businesses may not be required to send 1099-MISC to contractors based on their tax status. Traditional 1099-MISC forms are required for those earning more than $600 in cash from a business. But they aren’t required for contractors being paid by credit card through these online processors. That’s a lot of distinction for companies to make, and they will probably just print up all the 1099s at once rather than sorting out the payment method before printing.

For most small business owners who do a lot of transactions with PayPal or the equivalent, plan on some very careful book keeping. You’ll need to carefully total all of your earnings and avoid getting tripped up over the various IRS reporting mechanisms. Keep all of your paperwork on hand as well, the rumor mill online says the IRS is gearing up to question those with large 1099-K forms already.

This may be an excellent year to ask for the advice of a tax accountant – not just a preparer who will put numbers in the blanks for you online. You can already do that yourself. While the 1099-K is going to be a new hoop to jump through this year, it shouldn’t do anything that you’re not already doing.

You’ve been paying taxes on your income, or you should have been. Now the IRS simply wants numbers in different boxes. So double check your calculations and fill in the boxes accordingly. So long as you’re checking your income calculations, take some extra time to check on any deductions you may have earned this year as well. After all, nobody wants a big tax bill – especially not after you just endured such an obnoxious tax headache in preparing the paperwork.

Rebecca holds advanced degrees in business and information science. She is a proud small business owner and balances her career with family and classroom instruction. She understands the real world of personal finance and how to make money work for you.